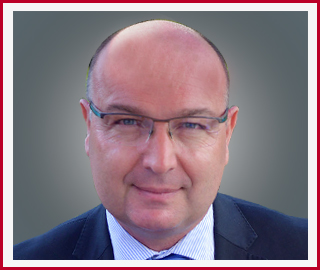 From 2000 to 2007 he worked for Sofema, a French international defence sector consulting company where, between 2002 and 2007, he was General Manager, South Asia (based in New Delhi). Prior to that he was Sofema’s General Manager for Central and Latin America, a role he took up in 2000.

He is a recipient of the French “Ordre National du Mérite” and the French National Defence medal.

He has a private pilot’s aircraft license.

Loïc has been based in India since 2002. He has two daughters who are currently studying in France.